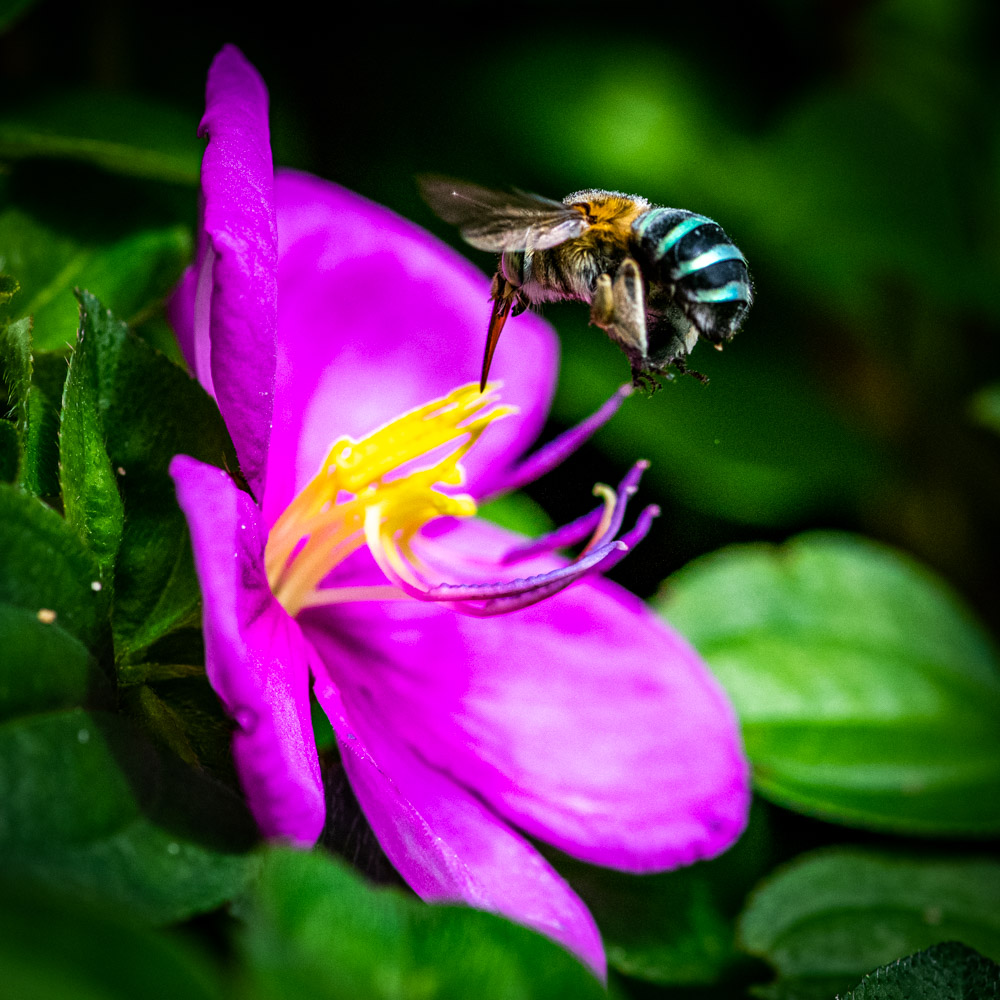 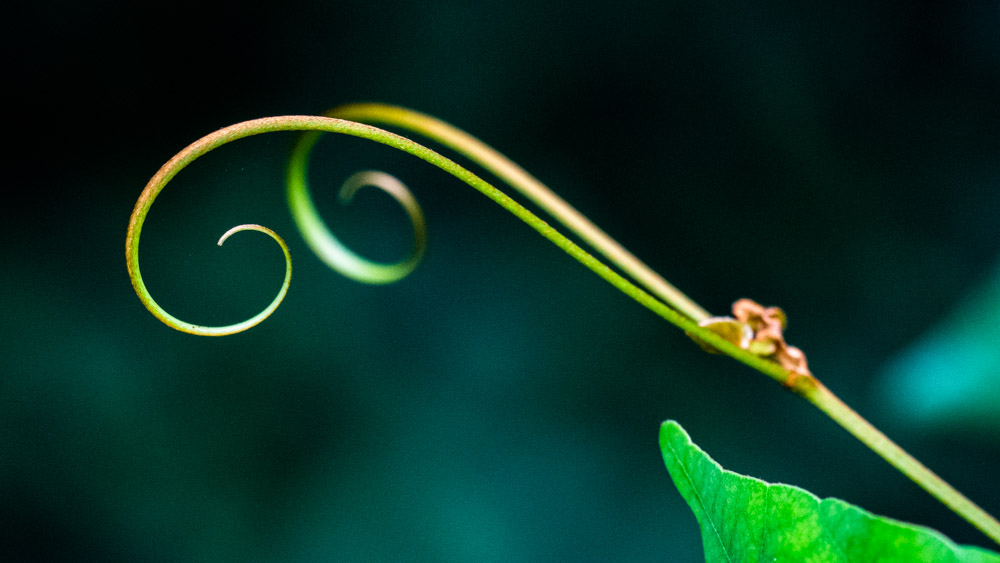 Home visit by a Grasshopper 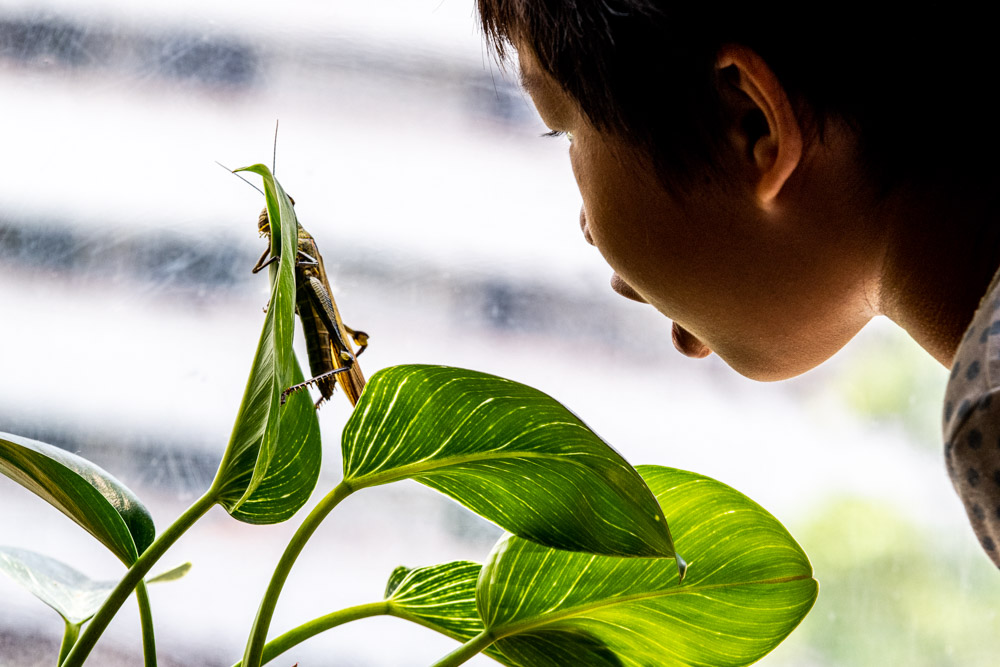 A very shy grasshopper ended up in our home garden.   Definitely a masculine look with strikingly long and fierce-looking legs. Fun fact:  grasshoppers can jump up to 1 meter long, and 25 centimeter high.  As multiple of body size, the equivalent capability in human would enable us to jump easily 50 meters long, and 15 […] 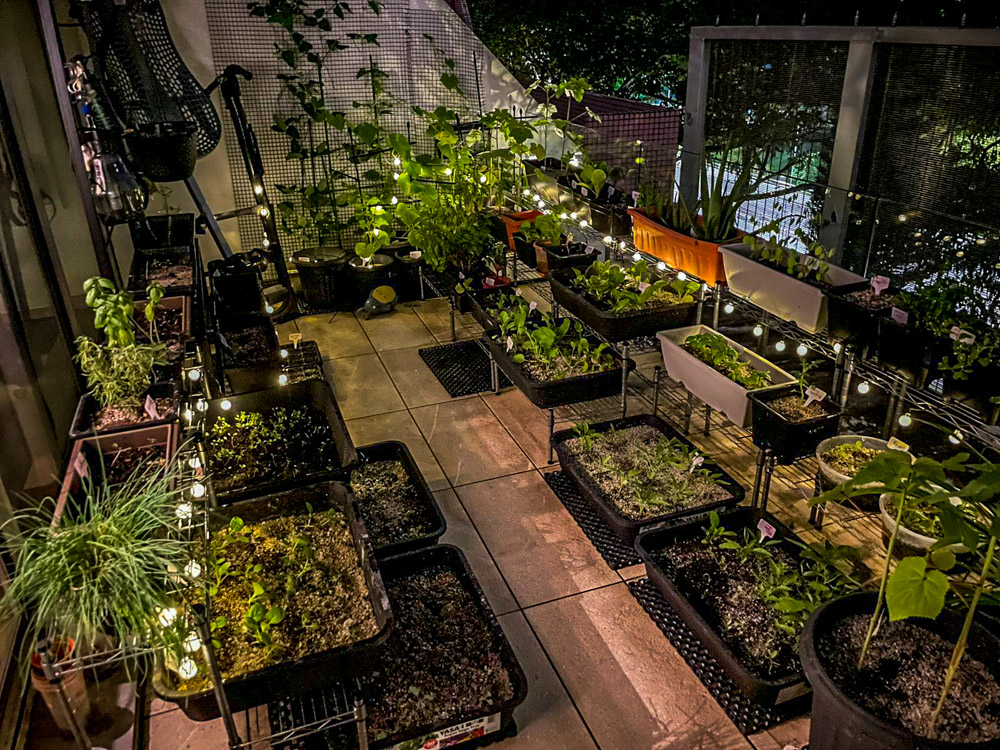 Sherine started this amazing edible garden on her balcony, together with her 4 year old son. Look at their bounty, after a mere 3 months since attending workshops at Gardens with Purpose From Pak Choi to Okra to Cucumber to Muskmelon.  Sherine’s garden adds so much joy to her whole family !   And this is […] 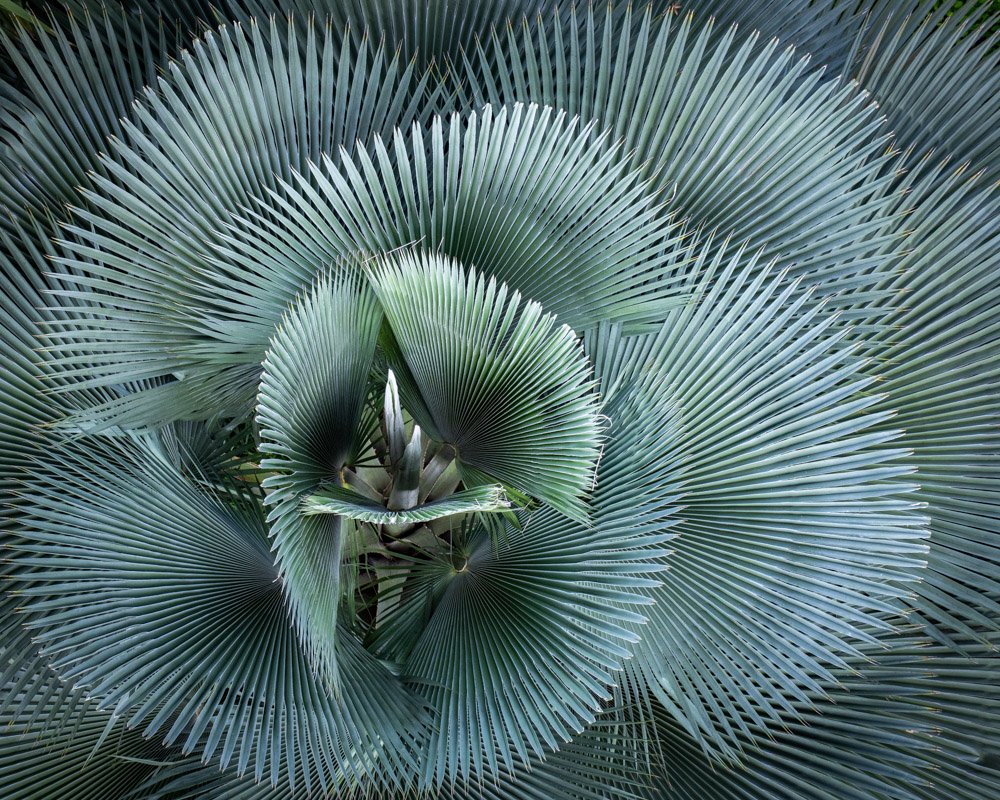 Palms are Calm. I find it especially soothing when looked at from above with bird’s eyes view.  Large symmetrical leaves unfold and rustle against each other.  These large fan shaped leaves are actually made into hand fans in Asia,  so looking at them reminds me of my grandma waving a hand fan and send me […] 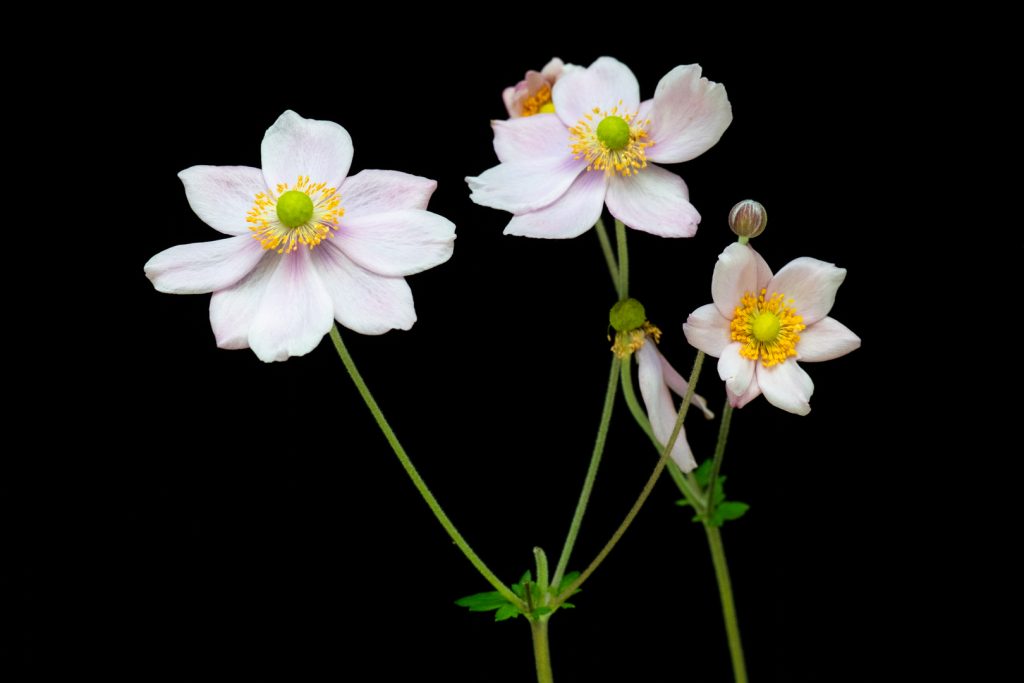 ” Windflowers, my father told me not to go near them, he said he feared them always, And he told me that they carried him away. Windflowers, beautiful windflowers. I couldn’t wait to touch them, to smell them, I held them closely. Now I cannot break away. … ” Seals & Crofts – Windflowers (1974) […] 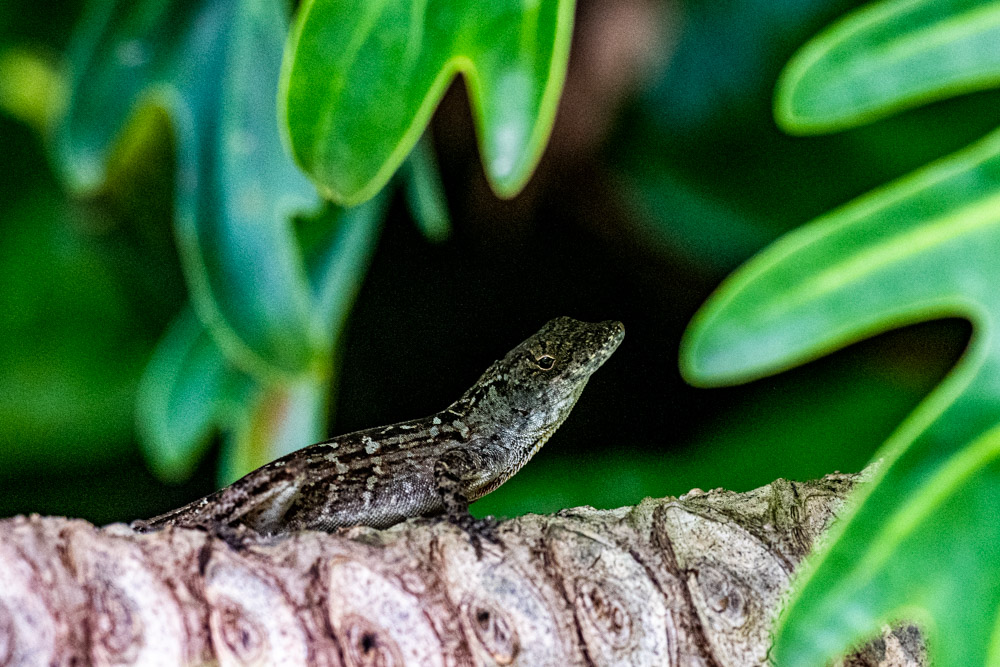 This group of lizards were spotted enjoying suntan on some large rocks in Garden by the Bay. Judging by skin colors, I’m not sure if they all belong to same species or the first one is a juvenile with lighter skin tone.  One of them was displaying a red throat, called a dewlap, a flap […] 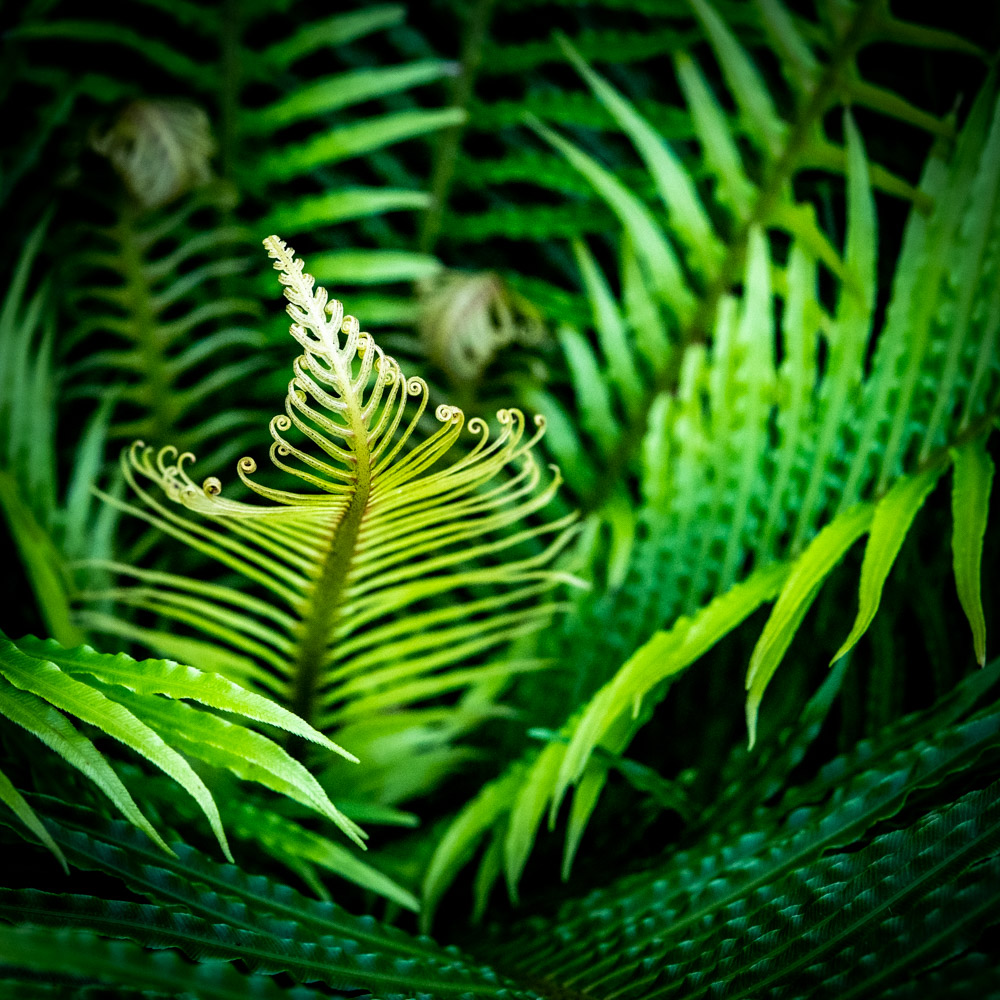 Love Ferns!  Such primal vitality of life. Earliest fossil records trace Ferns back 360 millions years ago.  These dominate the planet before flowering plants took over roughly 145 million years ago.  In comparison, Homo Sapiens started to evolve a mere 200,000 o 300,000 years ago. We are indeed looking at living fossils.       […] 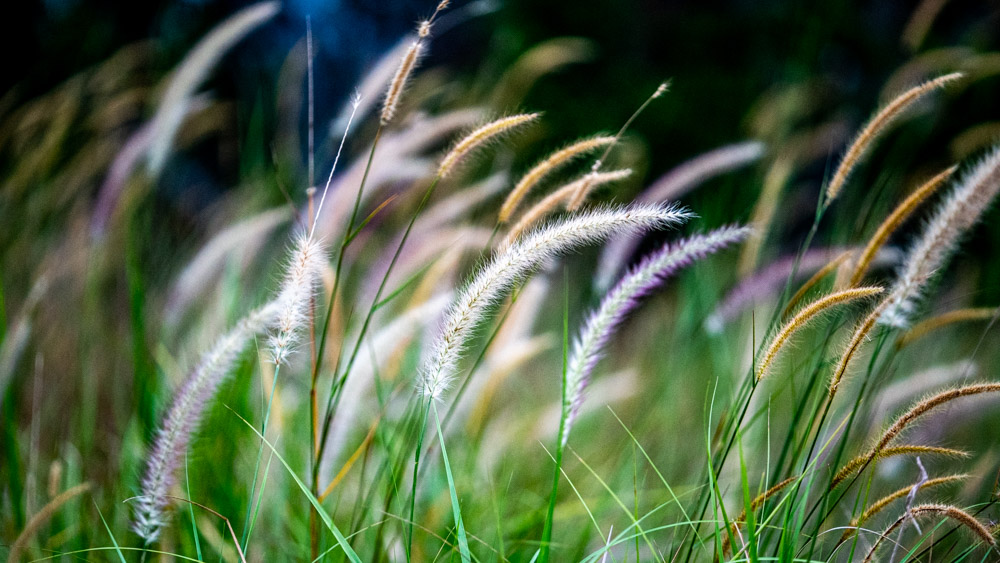 In Chinese culture, these are called Dog’s tail grass. But these actually are harmful for dogs. Their sharp seeds can get into the skin of dogs to cause injury and potential infections. Not so commonly seen in Singapore. There is however a large swamp of them at Jurong Lake Garden.  A lovely sight, and popular […] 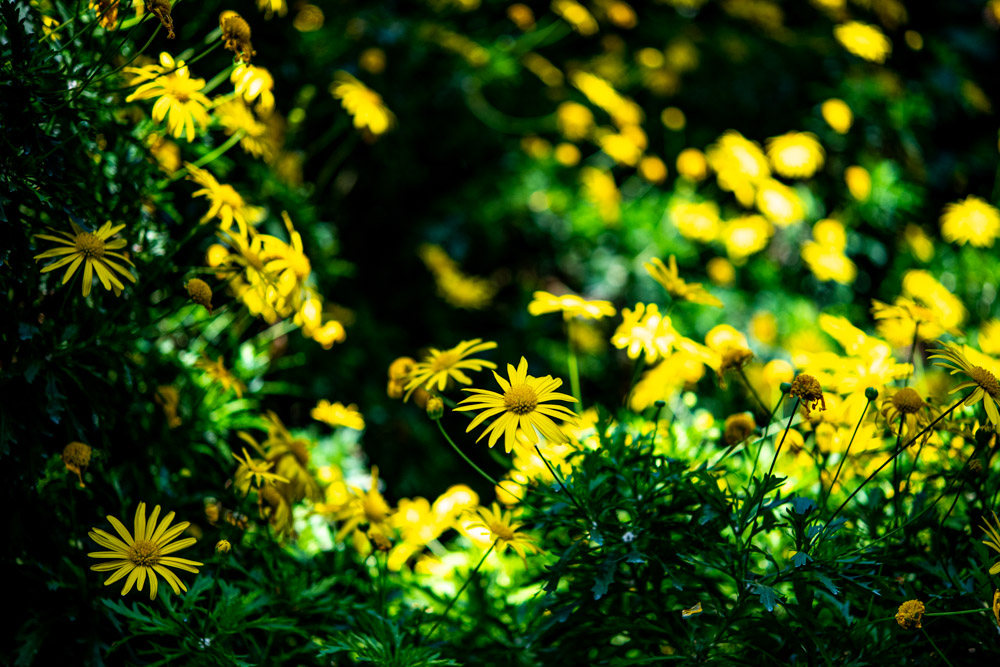 ” Daisy, Daisy, give me your answer do, I’m half crazy, All for the love of you ” Above featured were yellow daisies at Garden By the Bay.  Daisies are easy to fall in love with. The simplicity, the purity. It is what flowers along the country roadside should look like and smell like.   […]